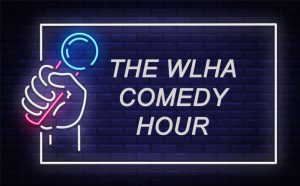 The WLHA Comedy Hour features cuts from the classic comedy albums of the 1960’s and 70’s.  You will hear comedy stars like Bob Newhart, George Carlin and Bill Cosby plus some of the forgotten greats of the era.  We also include some UK comedy from the likes of Monty Python and The Goon Show.  On occasion we will also play some of the edgier stuff from Richard Pryor, Lenny Bruce, etc. of we think we can get away with it.  As Don Rickles would say, “be there dummy!”