WLHA was the student run carrier current radio station serving the Lakeshore Halls area. The Badger Herald published this excellent and accurate history of the station back in 2002:

Dating back at least to World War II, the UW campus has never had a truly campus-wide station — though not from lack of effort.

The first attempt at creating a radio station on campus was made March 29, 1952, in the basement of Gilman Hall, which was then one of the Lakeshore-area UW residence halls. Engineering major Charles Bartelt began the first broadcast of a radio station, dubbed WMHA.

The acronym “MHA” stood for Men’s Halls Association, which was the governing body for the Lakeshore halls at the time.

In those early days 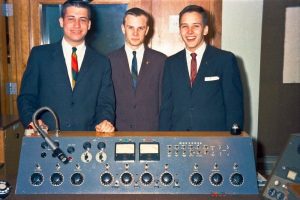 , the local Public Radio Station, WHA, went off the air every evening at sunset. Bartelt and his partner Richard Greiner’s primary goal in starting the station was to continue broadcasting the same type of music after dark.

Gathering the equipment, as well as support from the public radio station and a grant from university alumni, they began to create a studio.

When Bartelt graduated later that year, he left the equipment and a grant of $50 for future students to keep the station running. Between 1952 and 1956, the station met several problems — primarily with the FCC, which declared in 1956 that the carrier current radio wiring in the Lakeshore dorms was radiating in excess of F.C.C. regulations, and a complete technical overhaul was required to bring this into compliance.

In 1959, the station moved into a new and more spacious studio space in the basement of Elm Drive B, which was it's home for the next 35 years. As this was happening, the Men's Halls Association transformed into the more gender neutral, Lakeshore Halls Association, and the radio station call letters were changed to WLHA to align with that change. 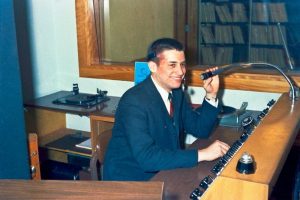 By the middle of the 1960s, radio listenership was at an all-time high, and WLHA was legally broadcasting into every room in the Lakeshore dorms. In Liz Waters, each dorm room even had a dedicated wall speaker which was wired to directly recieve the WLHA programming. The format, previously jazz and classical, became dominated by rock ‘n’ roll, and it took nearly 100 volunteers to keep the station playing about 100 hours of music per week.

The station was so popular it was taking in approximately $100,000 in advertising revenue annually.

The success of this exclusively Lakeshore-area station caused a second station, WSRM, to be born in the Southeast residence halls. Initially, WSRM battled a lack of student, financial and technical support, but in time the station went on to become equally as popular as WLHA.

In June 1970, the stations’ business departments merged in hopes of creating a single, self-supporting, campus-wide entity. The ’70s were harder times for these stations, as the newly developed FM band increased in popularity, and student listenership on the AM band dropped. 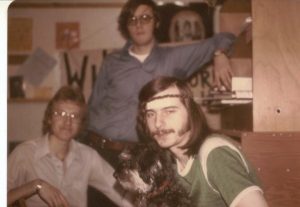 In an attempt to maintain listeners, WLHA began focusing on more light-hearted spoof content, and hosting frequent dances on the Crew Deck and Upper Carson Gully, which were done as live broadcast remotes originating all programming from the site. WLHA also offered call-in contests and scavenger hunts on a massive scale in the form of annual weekend-long trivia marathon contests which were immensely popular. In one of the earliest contests, WLHA challenged students to see who would be the fastest to find out the telephone number of the “Morgue Bar in Slab City, WI.” Without conveniences like online telephone directories and dialable yellow-page services, students reportedly tied up the state patrol emergency phone line trying to find out the right answer. However, by the second half of the 1970s, FM stereo stations attracted the music listeners and the station lost popularity, money became tight, equipment became outdated and student radio began to decline.

In May 1981, WSRM succumbed to financial pressures, leaving WLHA once again the sole radio station on campus.

In 1984, recognizing the difficulty of attracting students to the AM band, WLHA began to simulcast the AM broadcasts on an FM transmitter operating at 94.1 and later 91.5 MHz. In an effort to keep the unlicensed FM signal from radiating beyond campus area, they kept transmitter power to a meager 1.5 watts, but this resulted in poor reception in the dorms.

The station also made negative comments about UW’s administration, making Bascom bureaucrats reticent to support the goal of a campus-wide stat 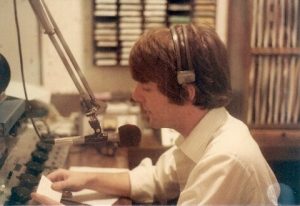 Over the next several years, the station struggled to gain listener support and faced licensing problems from the FCC. The station also insisted on remaining independent from the administration, thus disqualifying itself from student fee subsidies

In 1992, the station began to market aggressively on campus, joining in the Homecoming parade for the first time and hosting a dance, among other activities.

However, in 1993, when the Associated Students of Madison took over as UW’s student governing body, WLHA found an ally with a seat at the UW administration’s table.

With a newfound popularity stemming from the marketing tactics and support from ASM, the station made an error that proved fatal.

Turning up the power on the FM band, WLHA hoped to improve broadcasting capabilities to reach the entire campus.

Shortly thereafter, an anonymous call was placed to the station, ostensibly from a member of the FCC, who informed them that the FM transmissions were not licensed and suggested they shut down before being fined. The call was initially treated as a hoax, but this proved a fallacy.

In spring 1993, the unlicensed FM station operation succumbed to legal pressure and voluntarily shut down after 41 years of broadcasting.

The spirit of WLHA, and U.W. student radio was reborn with the creation of a fully licensed FM student station, WSUM, 91.7 FM, which is now home to WLHA's annual resurrection reunions each July.

WLHA in the 21st Century

While WLHA AM ceased operations as a student station, the WLHA alumni refused to allow it to remain silent for long. In 2008, they banded together to form this website, tracked down other staffers, held a reunion and then began doing several special alumni broadcasts each year. These shows streamed as audio with video (Radio You Can Watch) over the internet. These specials, generally tied to Halloween and April Fools Days have grown in scope to include live music and performance of original parody songs about WLHA, helicopter traffic reports, a huge collection of quirky and colorful characters and sponsors. This also triggered writing and production of a half dozen original radio dramas involving the alumni staffers playing the roles of themselves back in student days. Each July, through the kindness of WSUM FM, the WLHA alums take over WSUM FM for a WLHA Resurrection Reunion Weekend. All of this activity continues to provide a rallying point to maintain the long friendships of WLHA staffers who are not yet done doing radio, and continue to enjoy working together on the creation of unique programming.

Today - Back on the air again

In November 2018, WLHA returned to the air on a full-time basis as a commercial internet radio station. The programming consists of music from the 1950s - 1980s WLHA years and an amusing blend of historical WLHA IDs, Jingles, and promos with those of the 21st century production. CBS News runs at the top of each hour. With an immense ammount of spoof and farcical content, WLHA is now more "radio-active" than ever and has jumped far beyond the campus boundaries to reach a national and international listening audience who find the unique "music and malrky" format refreshing. WLHA is truly "powered by our imaginations" and as long as those hold out, the old station will "BE THERE".